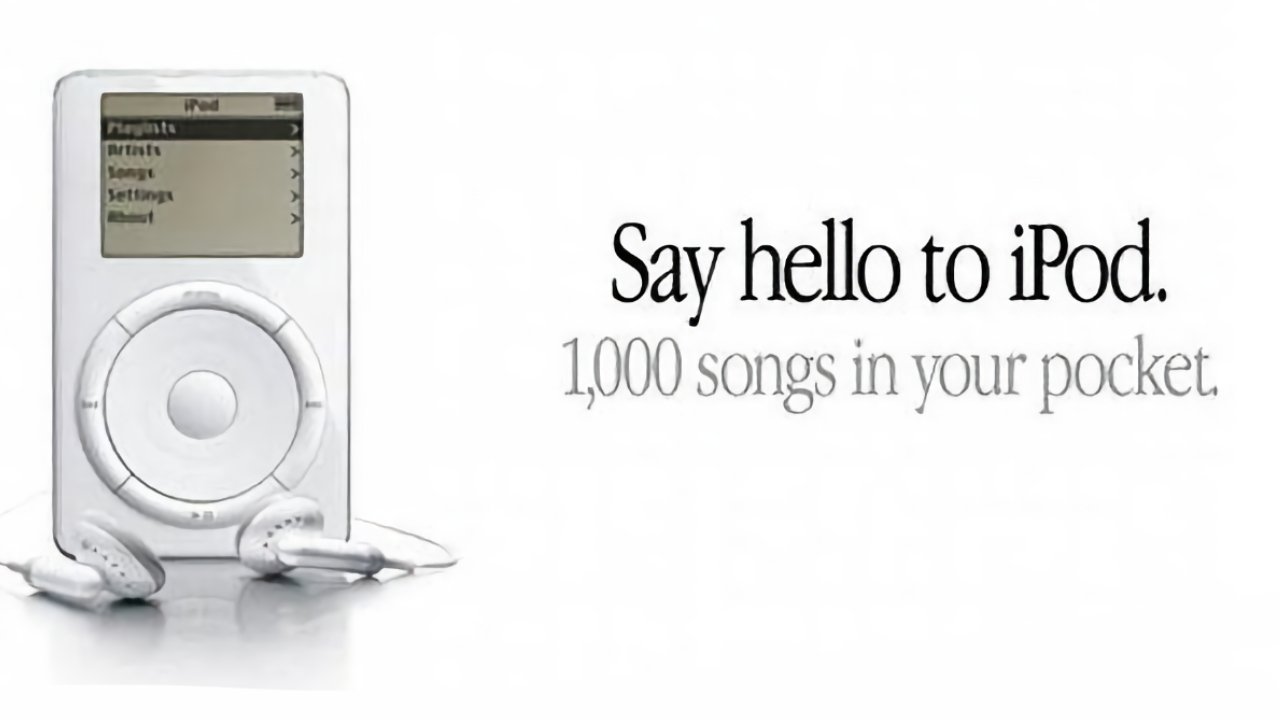 Apple revolutionized the mp3 player market when they unleashed the iPod in October 23, 2001.

The iPod was a revolutionary new product that made it easy to take your music library on the go with you. Sure, there were many mp3 players out on the market at that time, but they lacked the right features. They either had limited capacity, often only having enough space for an album, or they were so big but took hours to transfer your music or find the one song you wanted to listen to.

The market was a mess but Apple simplified everything by having a single device with a 5GB hard drive so you can take more than an album or two on the go. Importantly Apple gave the iPod a User Interface that allowed you quickly scroll, find and play your music. Within seconds you had access to the track or album you wanted to listen to.

There were a lot of other features that made this device so convenient to use such as FireWire 400 interface (remember this was for Macs only when it first launched) that quickly transferred your music to your device taking minutes what other mp3 players were doing in hours (if not over half a day).

I could write a lot more about this topic but I won’t go into the technical details as there are enough articles written today.

In the summer of 2001, I started working at Apple as an intern. I worked on the QA team for iTunes 1.0. I spent the entire summer ripping, mixing, burning and listening to music. It was such an awesome job. I learnt the differences between all the different codecs and bit rates. I could listen to a track and I could tell you just by listening to it what codec and bit rate it was encoded in. That used to freak people out a little. It could have been a party trick!

Towards the end of my internship, part of my team started to work on a secret project. I did not know exactly what it was but assumed it would be the next generation of iTunes. One day, I was given a task, create some text files that had lists of artists, albums, and songs. Those text files were later used to power the UI for a product demo given to Steve Jobs. That product was the iPod.

This is obviously a small amount of work, but I did get to “touch” the first iPod design.

Super cool for the 21 year old Apple fan-boy of that time!

No comments yet
apple ipod itunes